UPDATE: Edward Snook’s Note: After this article was published, I received a message from a person within the legal community in Pensacola, Florida regarding Prosecutor Russ Edgar. This person, whom I hold in very high regards, informed me that Edgar didn’t have any knowledge of the false RICO prosecution until after it was filed and that when he saw there might be a “botched investigation,” he inserted himself into the case and called for the depositions of Pamela Fanning and Sheila Rodgers.

Out of great respect for the person who contacted us and out of our absolute respect for justice, we will give Prosecutor Russ Edgar every benefit of doubt. If Russ Edgar is attempting to do what is right, the entire world will know about it and the US~Observer will definitely view him in a different light.

Pensacola, Florida – Over the past year the US~Observer has been covering a high-profile RICO (Racketeering Influenced Criminal Organization) case in Pensacola, Florida. This false prosecution case has been conducted by incompetent, immoral, unethical, yet very dangerous First Judicial District prosecutors Russ Edgar and John DuBose (view our past articles at www.usobserver.com).

Jimmy Rodgers, Rusty Liscoe, Pamela Fanning, Pepper Rodgers and Sheila Rodgers, were all partners in a business called The Comfort Club. They were all arrested in July of 2010, on false and ludicrous RICO charges – charges that could potentially land them in prison for the rest of their lives.

Short of the necessary “millions” to purchase a team of lawyers who would actually work for them and prove their innocence, they sought out the US~Observer and hired us September 6, 2011, to investigate their case, and then, if we found conclusive proof of innocence, vindicate them publicly.

You see, they were actually not only innocent of any wrongdoing, they were literally shocked that government and others would lock them up, require outlandish bail, and steal a legitimate business that would have made them very wealthy. Well, this is just what all too many prosecutors in Florida do – they all too often conduct false prosecutions like this right under the “no so watchful eyes” of Governor Rick Scott and Florida Attorney General Pam Bondi.

On March 20, 2012, prosecutor John DuBose took Rusty Liscoe’s deposition – we were subsequently informed that DuBose spent time at the end of the deposition asking Liscoe about his relationship with the US~Observer; asking what we were doing and how we were doing it. DuBose wanted to know who paid the US~Observer and Liscoe informed him that all defendants shared in the costs. Russ Edgar would love to claim that this is a lie, when it is actually true. Even though Liscoe wrote the check, he wrote it with the understanding that the other defendants would owe him their portion. Rusty Liscoe’s false charges were dismissed on March 21, 2012.

On June 4th, 2012, prosecutor John DuBose took Pamela Fanning’s deposition. We have been informed that Edgar spent over an hour discussing the US~Observer’s involvement and that they were asking somewhat threatening questions about this writer. Edgar reportedly was very interested in who passed out the US~Observer newspapers. What in the world does this have to do with Pam’s RICO charges Russ Edgar?

On June 8th 2012, prosecutor Russ Edgar took Sheila Rodger’s deposition. This totally corrupt prosecutor reportedly spent over half of the time asking questions about the US~Observer and making threatening, yet subtle allegations against this writer. Again, he wanted to know who paid the US~Observer, who handed it out, etc.

It was reported that he also blamed the many blunders in this case on the Escambia County Sheriff’s Office. Investigator David Ingram, even though he was one-sided and appears to have manufactured false evidence, HE DID NOT FILE THE FALSE CHARGES IN THIS CASE, which in turn ruined five innocent people’s lives. And, Russ Edgar is concerned with the US~Observer and what we are doing, way more than he is concerned with the absolute injustice that he and his office have used against the innocent.

We have been informed in the past that Edgar has made threats that he was going to sue Edward Snook for publishing about him, but during Sheila Rodger’s deposition the threats reportedly turned criminal. Edgar allegedly stated that he was investigating me for Obstruction of Justice and Jury Tampering. So, telling the truth is now Obstruction and delivering the truth is now Jury Tampering, according to Florida prosecutor Russ Edgar. My only response is that Edgar has finally given himself over to complete stupidity.

Now, this is really good Russ, so get your thinking cap on – I can’t tamper with a jury before it has been selected. Have you ever heard of Voir Dire (the questioning of the jury)? As for obstructing justice, it would be literally impossible to obstruct justice with the truth. Prosecutors Russ Edgar and John DuBose have completely validated my claims that the defendants in this case are innocent. Think about it DuBose, you are the one that wrote to Jeanne Weyburn, informing her that you didn’t have any evidence that she committed any crime and she is partners with the defendants. You and Edgar both facilitated dropping Rusty Liscoe’s charges. Rusty is also an innocent partner and you declared that fact when you dropped his charges. Understand? There is much more I could write about these subjects, but as always, I will wait for the appropriate time…

Charge me or sue Mr. Edgar and quit making your idle, spineless threats. I am quite aware that Mr. Edgar can falsely charge whoever he chooses. I know this because he has factually done this in this past, he continues to falsely charge and he continues to falsely prosecute. On the other hand, Edgar should know that he doesn’t scare me and that I would literally love to expose him in open court. From reading our past articles he certainly knows that I believe he is a liar, thief, immoral, unethical, and spineless human being – he is much less than a man… 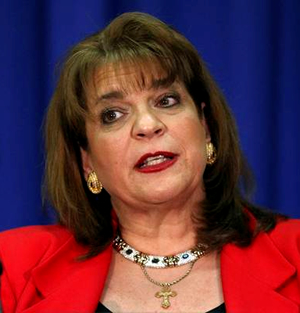 “Special Prosecutor Angela Corey,” who was recently appointed by Governor Rick Scott to indict George Zimmerman in the Trayvon Martin shooting case, has threatened famous Attorney Alan Dershowitz for him telling the truth publicly. I say hired to indict, because that is exactly what happened. It was a foregone conclusion that Zimmerman would be indicted the second this Republican prosecutor was appointed by the Republican Governor of the State of Florida.

In a June 6, 2012, article written for GATESTONE INSTITUTE, Dershowitz told about Corey calling Harvard Law School to initiate a “40 minute rant during which she threatened to sue Harvard Law School, to try to get me disciplined by the Bar Association and to file charges against me for libel and slander.”

Dershowitz continues, “She persisted in her nonstop whining, claiming that she is prohibited from responding to my attacks by the rules of professional responsibility—without mentioning that she has repeatedly held her own press conferences and made public statements throughout her career.” This writer calls what she did, attempting to deceive and lie to Harvard Law School, however one must realize that Dershowitz and I use different terminology.

Well, there you have it folks; the cold hard facts about some of Florida’s prosecutors.

For prosecutor’s John DuBose and Russ Edgar, I would advise that you get your head out of your, you know where, and get some intelligent assistance, before you completely ruin your careers. Your reputations are already gone…

Start thinking (something you obviously aren’t used to doing) about right and wrong – the truth. Grasp the wild idea that you are supposed to be concerned with “obtaining justice,” not with using your office as a “bully pulpit.”

Stop threatening the press and don’t attempt to use your office to retaliate against this writer for my attempts to help you face your demons.

Stop threatening and indicting innocent people – In the end it just doesn’t pay off. Just do the right thing for a change. Doing the right thing pays huge dividends – and this writer will simply go away.

Count the costs, before you get into a battle with someone – I have… And let’s not forget the fact that prosecutor Bill Eddins is actually more responsible for the false prosections conducted by Edgar and DuBose than they are, because he is the elected prosecutor for the First Judicial District of Florida – He is their boss.

For “Special Prosecutor” Angela Corey, I would advise that you immediately stop playing politics with your fellow “conservatives” when you are making decisions about indicting a person. Stop withholding exculpatory evidence and just admit that you had Zimmerman arrested and charged, using an affidavit that is clearly a “half truth.” If you had dealt with all of the facts before indicting George Zimmerman, you wouldn’t be in the mess you are in right now.

Stop making idol threats that you can’t back up – You become confused and desperate, like DuBose and Edgar when you do so.

Now, just do the right thing. Go back into the Zimmerman case, fix your mistakes and then call Harvard Law School and apologize for threatening them with a frivolous lawsuit. And, you really need to make a sincere apology to Attorney Alan Dershowitz for attacking him for telling the truth. Dershowitz is a highly ethical and intelligent Attorney Angela and your time would be better spent learning from him as opposed to threatening him. Just do the right thing Angela and your critics might just become your greatest allys.

Some advice for Governor Scott would be to stop your political, backroom deals. Clean up the growing, unethical issues that surround the George Zimmerman prosecution.

You know all about Prosecutors John DuBose and Russ Edgar and what they are doing to the innocent defendants in the above case. Stop this false prosecution or don’t cry when you are held responsible at the end of the day.

Inform Attorney General Pam Bondi that she will share this responsibility with you and I certainly wouldn’t want this albatross to follow her to a possible position in the Romney cabinet should he get elected as our next President.

And last, but not least, clean up the issues surrounding your privatization of the prisons in Florida. Bad prosecutors in Florida are using private prisons to obstruct justice and to violate the constitutional rights of certain individuals – you know exactly what I’m talking about.

Just do the right thing Governor and I will go away… You know or should know by now that the US~Observer will not stand by and allow innocent people to be ruined by bad people in government.