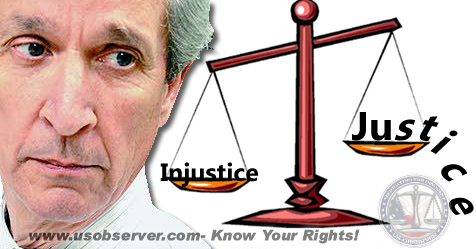 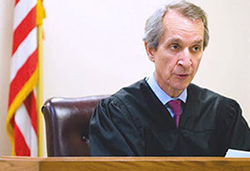 Idaho – Judge John R. Stegner who has been a judge in Latah County, Idaho since 1997 has applied for an open seat on the Idaho Supreme Court. Stegner seeks to replace Justice Daniel Eismann who has announced his retirement. Stegner and 14 others seek this position, which will be decided upon by July 2017.

Stegner Is Not Qualified

One example, clearly showing that Stegner is not qualified is that of his recent actions in the Walker case, out of Grangeville, Idaho.
On February 24, 2017, Attorney Wes Hoyt, Attorney for Dorothy Walker, filed a Motion to recuse Stegner from the Walker case due to his “Bias and Prejudice.” Hoyt gave numerous factually backed instances in his Motion proving that Stegner was indeed biased and prejudiced. The article featuring much of Hoyt’s Motion can be read here. Stegner subsequently removed himself from the case.
One of the Canons (rules) for judges in Idaho states, “A judge should personally observe the high standards so that the integrity and independence of the judiciary will be preserved.” (Canon 1.) Stegner has violated this Canon and others as well, showing he is completely unfit to sit on the Idaho Supreme Court. In fact, he should be removed from the position he currently holds as Judge for the Second District.

• “Dysfunctional” Surveying System in Idaho – Walker’s Surveyors, “Ethics” and the Board