Idaho County, ID –The US~Observer has published numerous articles on Dorothy Walker’s fight to protect her property boundaries located just outside of Grangeville, ID and the resulting nightmare that fight has entailed. Walker has reportedly spent in excess of $450,000 to date seeking justice in a system that has become way too expensive for a vast majority of Americans; a system that sometimes involves pure cronyism.
What is at issue is surveyors have unlawfully repositioned existing monuments on private land, which impairs “bona fide” rights of long established boundaries. Because of unenforced federal and state laws, landowners can experience big losses from these moves. 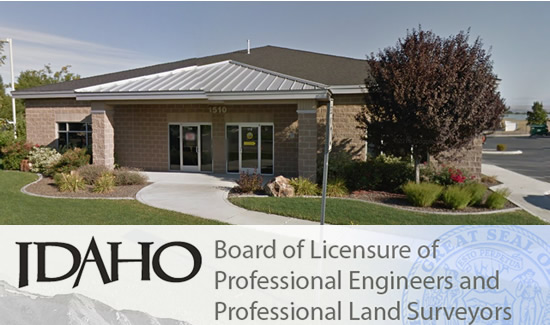 It should be remembered that there still exists an Idaho dynasty of surveyors who believe they are above the law, commencing with Carl Edwards and continuing with his son Hunter Edwards, who calls himself the “Guru” of surveying and the “Wizard” of Idaho. Walker found evidence that these surveyors have manipulated her boundaries to such an extent that over 50 acres of her land is now in dispute.
Walker has received reports that the Board has consistently, in case-after-case, followed a repeated pattern of supporting the surveyor who violates the law by moving boundaries when that is prohibited and thus, increased the size of his client’s property. These boundary moves not only cause distortion of property boundaries, loss of land, but also, create more survey work for the future; full employment for surveyors – but, a disaster for landowners. 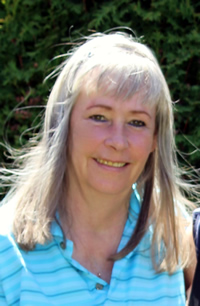 No, the Idaho State Board of Surveyors is not interested in the Walker complaint that outlines in great detail the abuses of ethics and procedure by Hunter Edwards. Rather, the Board seeks to promote the cause of the crony system where certain members of this Board have developed relationships with those willing to manipulate survey monuments. Further, the Board attacks honorable surveyors, hired by disadvantaged landowners like the Walkers, to straighten out the “mess created by Edwards,” a law violator.
Similar situations are arising across America according to one nationally known surveying author and commentator who sees a trend of survey Boards supporting the “land-thief” surveyors based on a belief system, that surveyors are empowered to implement their theoretical solutions or out-right client advocacy, rather than retrace the original surveys established by the GLO in the 1800s.
What is really happening here is corruption by a small group of surveyors and engineers, who have been appointed by the governors of the states to “regulate” the practice of surveying, supposedly “in the public interest.” Traditionally, members of these Boards have been given “governmental immunity” so that, even if they are guilty of “aiding and abetting” the surveyor “land-thieves,” they cannot be held personally liable.
Until February of 2015, the members of regulatory boards had an umbrella of sovereign immunity placed over them, however, the US Supreme Court ruled that regulatory boards who used their power to unfairly control trade within their profession, especially if it was for their own advantage or for the advantage of an exclusive minority in their profession and was against the public interest, could be held personally liable for violations of the Sherman Anti-Trust Act (i.e., performing acts that are in restraint of fair trade).
The high Court held that when only members of the profession filled the Board, those individuals could be held personally liable if abuse occurred. However, if there was a member of the public on the board, its members could have the shield of sovereign immunity and avoid being personally liable. Whoa, this was a totally new revelation that struck fear in the heart of every regulatory board member in America who was out to screw the public by building their own little kingdoms.
Of course, the legislatures of every state in the union have now enacted laws to correct this so-called “flaw.” The lawsuits could have had the effect of holding Board members accountable and been used to balance the scales of justice by allowing the injured members of the public, such as Ms. Walker to sue the Survey Board to correct such irresponsible action when they support the “privileged” surveyors of Idaho who are in their little club.
The problem with the regulatory system is that it allows Boards, such as Idaho’s Survey Board, the opportunity to shelter, protect and empower their buddies to take unfair advantage of the public with impunity. We here at the US~Observer have been advised that the same thing is happening in other states across the nation and there is nothing anyone can do about it, unless, the state legislatures figure out who the real bad guys are, and totally de-certify these “insular” Boards that are protecting certain surveyors from accountability, even though they continue to run-amuck, putting private property rights at risk.
A SOLUTION THAT COULD BRING BACK FAIRNESS AND EQUITY
Everybody knows that filing a complaint with a regulatory board based on administrative law is like dealing with a sticky tar baby, where the party seeking justice who once starts down the road of an administrative law proceeding, is required to “exhaust” administrative remedies before a court action can be sought. That party who simply wants to live life undisturbed is caught in a vortex of administrative misery that seems never ending, paying legal fees and spending long hours addressing the issues on paper – a vortex where the financial bleeding never seems to stop.
So, the bottom line is, when a board is so entrenched that it is only interested in the perpetuation of the profit margin or protection of the insiders who are in their club and excludes others by revoking or suspending or disciplining those who are willing to stand up for the truth, it is time to “throw the bums out” and demand something new. There is a way to truly protect the public and not simply put window dressing on a corrupt system where all the players say “nicey-nice” things, with happy-talk, but, then screw the public whenever given the chance.
Remember, “Truth is treason in the kingdom of lies.” Let’s hope that our elected legislators are not afraid to call a spade-a-spade and completely remove the surveyor Board from the law books, putting those who would destroy the American Dream by surveying people out of house and home, out of business.
Contact your legislator and tell them it is time to put a stop to the highly unethical actions of the Idaho Board of Professional Engineers and Land Surveyors who protect and promote special interests and hidden relationships in near total secrecy.
Editor’s Note: The US~Observer is currently working on an update to this case. It will include factual information on the Board violating the “Separation of Powers” doctrine that keeps agencies from doing the job assigned to the court, along with dates and statements directly from the Board. Learn just how the Board purports and strongly proclaims that it only “deals with the ethical and competent practice of land surveyors”, when it, in fact, adjudicates cases (i.e., doing the job of courts) by establishing boundary locations.
The update will also include damning information on Gerald Frye, Chairman of the Board of Grangeville Highway District and the Board Attorney Kurt Naylor, Board member John Elle and others.
If you have any information on the Board or unethical surveyors in Idaho, contact the US~Observer at 541-474-7885 or send email to editor@usobserver.com.
Previous Story