US~Observer staff, friends, business associates and numerous professionals met July 26, 2017 to celebrate Edward Snook’s 27th Anniversary as Editor-in-Chief. The gathering was to honor this successful pioneer in the field of vindicating the innocent; people who have been falsely charged with crimes or abused by others. His 27 years of fighting for innocent victims of false prosecution or those wrongly targeted civilly have resulted in thousands of vindications! Snook is an inspiration to many associated with him – especially those whom he’s helped.

Edward Snook – In the Beginning

Edward Snook was the owner of an investigative business back in the 1980s when he encountered a prejudiced judge. In his attempt to condemn the actions of this dangerous jurist, Snook found that the only thing that worked in countering such abuse was exposure.

Snook used talk radio and public access television in going after this judge publicly. Utilizing media outlets also helped him garner victories in other cases during these early, formative years.

As Edward Snook’s successes mounted, his audience expanded and the great need for his services exploded. His use of local media became a less productive tool as his business grew, widening the scope of his work.

The Birth of the Paper

This is when an old friend of Snook’s suggested he start a newspaper. Snook took the advice and began developing the Oregon Observer newspaper in 1990.

After many years of defeating false prosecutions and exposing abuse under the name Oregon Observer, Edward Snook changed the name to US~Observer. The change was necessitated because the Oregon Observer was conducting much work in states other than Oregon. It also was gaining more circulation across America and numerous foreign countries.

In February of 2005 the first edition of the US~Observer was published, completing Edward Snook’s goal of having a nationwide newspaper.

Not only was Snook’s ultimate goal accomplished, thousands of people have received crucial help since Snook’s first edition hit the streets of The United States nearly 27 years ago.

We all congratulate Mr. Snook and are humbled and amazed by the mountains of injustice that this man has climbed and conquered.

The US~Observer’s accomplishments are many, and those who have been saved by Edward Snook and his newspaper have truly received the justice they deserve.

Today, the US~Observer remains the world’s only known newspaper dedicated to vindicating the innocent.

Thank you Edward Snook for your heroic acts of protecting the innocent. Many are free today because of your work.

If you, or anyone you know are facing unwarranted civil or criminal charges, contact the US~Observer. – We can help! 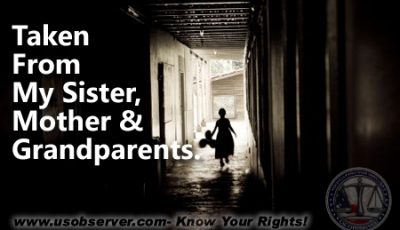