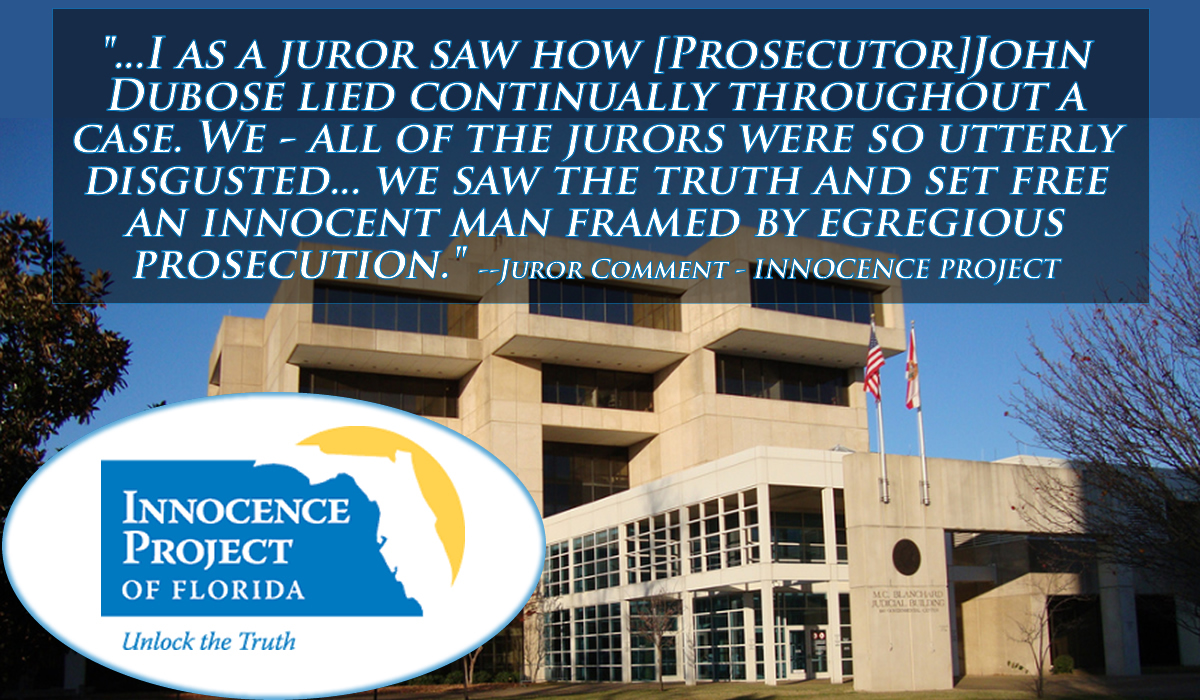 Escambia County’s Chief Special Prosecution Attorney Russ Edgar, for the 1st Judicial Circuit of Florida and his Assistant Prosecutor John DuBose are currently under investigation by the US~Observer. It is reported that Russ Edgar has continuously fabricated RICO (Racketeering Influenced Criminal Organization) charges against innocent people.

The entrepreneurs started Comfort Club in late 2009, which was a referral based business. The goal was to provide a free service for realtors using a call capturing system that allowed potential home buyers to easily access property information by calling a phone number listed above the realtors for sale sign. This service is becoming the standard across the county for top level realtors.

In return for offering the free service to realtors, the Comfort Club was to be promoted by the realtors to potential home buyers, which would give them access to the Comfort Club’s vendor list – this included essentials for new home owners like alarm systems, pest control, insurance, contractors and many more services.

After a reported nine months on the job, David Ingram, former manager at Kay Jewelers, now investigator for the State of Florida became the lead investigator behind the arrest and now pursued conviction of the Comfort Club owners. Ingram, during taped interviews with potential witnesses clearly helped rubber stamp the false charges which will be exposed once our investigation is concluded, should the false charges proceed against the Comfort Club founders.

The evidence provided to this writer clearly shows that at best, Comfort Club had some issues with communication, but at no point did the members of the Comfort Club knowingly commit any crimes whatsoever.

For others in Pensacola who have been charged under RICO statutes, the feeling is all too familiar. Another victim of the “light on justice” system in the first district of Florida beat his RICO charges, but it didn’t come without cost. He was charged by Edgar’s office for real-estate fraud. It took him a reported 1.6 million dollars and five years of his life, fighting to prove his innocence. He has since won a seperate fight against Deutsche Bank.

The burden of proof should fall upon the state, which highlights the old saying – innocent until proven guilty. Although in today’s criminal justice system, specifically within the First Judicial District of Florida, the burden of proof clearly lies on the defendants who have already lost their business. They have been forced to spend countless amounts of money to find the “best” attorneys, while labeled as criminals. This has all happened before they have been to court in front of a jury of their peers – This is a perfect example of prosecutors Russ Edgar and John DuBose promoting themselves as judge, jury and executioner, while they trample the constitutional rights of five innocent people.

Edgar’s boss, elected prosecutor Bill Eddins is in charge of 76 state attorney’s from Escambia, Okaloosa, Santa Rosa and Walton County, giving him the ultimate responsibility of making sure that Justice is served in Florida’s First Judicial District. At this juncture, prosecutor Eddins’ only defense is that he doesn’t have direct knowledge of all the cases being filed within his District. Eddins is now publicly informed of this specific case of prosecutorial misconduct and abuse on the part Edgar and DuBose – If he chooses to allow this case to continue, the US~Observer will focus our investigation and exposure in his direction…