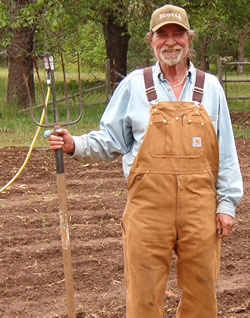 It’s not very often that someone can say, “I fought the law, and I won.” Today, 66 year old James Roberts can rightfully say those words. Roberts was found not guilty of three misdemeanor charges on May 9, 2013. Roberts was charged with one count of reckless driving, and two counts of recklessly endangering another person. The charges were for allegedly endangering United States Forest Service (USFS) employee’s Sean Thomas and Donald Ross. Each charge carried a maximum penalty of one year in jail.

Facing a three year sentence if convicted, Roberts was offered eighteen months bench probation, no jail time, a three month license suspension and some fines and fees if he entered a guilty plea and sold out to Josephine County District Attorney Stephen Campbell.

Claiming the USFS employees lied, Roberts hired a defense attorney and started preparing for trial. After his first attorney “Did absolutely nothing”, he fired her and contacted the US~Observer. Roberts later described contacting the US~Observer as, “Pivotal in my defense, I was going down if I hadn’t contacted Edward Snook.” Roberts ended up retaining attorney Nathan Wente before he finally had his day in court.

On January 28, 2012, USFS employees Sean Thomas and Donald Ross were traveling south on Highway 199 by Rogue River Community College, just outside of Grants Pass, Oregon. Around mile post marker 4, they claimed that James Roberts started tail-gating them. USFS Employee Sean Thomas stated that Roberts was following so close he had to flash his rear lights to get Roberts to “back off”.

Describing his first encounter at mile post 4 to the jury, Thomas said he considered Roberts to be a, “Serious, serious threat to public safety”. Thomas continued to testify how Roberts would swerve into his lane, cut his vehicle off, slam on his brakes and attempt to run Thomas’ vehicle off the road. Thomas, having conducted “Thousands of stops” during his nineteen and a half years in law enforcement said, “This was the most significant stop” he had ever made. After explaining these serious allegations to the jury, Thomas informed the court that he didn’t pull Roberts over until “30 yards before mile post 18”. Nearly fourteen miles would pass after Thomas considered Roberts to be a “Serious, serious threat to public safety”, before Thomas would finally pull Roberts over. Attempting to validate his actions, Thomas said his commander instructed him to contact other law enforcement before making traffic stops.

Thomas was then asked a question that wasn’t as easily answered – Why did you wait until 60 seconds prior to stopping Roberts to activate your dashboard camera? Again, after making “thousands” of traffic stops in over nineteen years in law enforcement, Thomas could only offer an explanation that went something like, “I only pull over a couple cars per year” (he was a sheriff’s deputy for eight years in Marion County, which was probably when the other 1,982 estimated stops occurred). Forgetting to activate the dashboard camera was just a simple error – “It just slipped my mind”. Officer Thomas, with his partner, Donald Ross sitting by his side, allegedly had a car slam its brakes in front of his, cut him off, swerve into his lane, and attempt to run him off the road for nearly 14 miles and somehow he and his partner forgot to turn on their video camera – the only way to gather factual evidence.

USFS Employee Donald Ross gave testimony that contradicted his partner’s. Oregon State Police Trooper Heather West also testified. Trooper West actually issued the citation, even though she was never a witness to any of the alleged crimes. During trial, Roberts’ attorney Wente was very direct and did a good job of exposing the inaccuracies in the states case. Judging by the verdict – the jury was able to pick up enough of what Wente brought to their attention. From his opening statement, “The devil is in the details”, to his “Dynamite closing”, attorney Wente orchestrated an exceptional defense. “That man is absolutely incredible”, Roberts later stated. 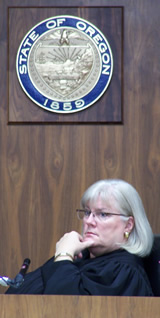 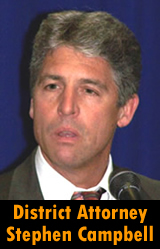 I will now elaborate on why this article is titled, “Sticking it to Corrupt Government.” Clearly, the USFS either lied, or greatly embellished their story. What needs to be known, is what District Attorney Stephen Campbell and Judge Lindi Baker did, which was not witnessed by the jury.

The only witness besides Roberts for the defense, was retired Undersheriff Don Fasching. While serving Josephine County as an Undersheriff, Fasching had at least “6 different encounters” with USFS employee Sean Thomas. Fasching stated he had validated many complaints against Thomas during his employment as a Sheriff’s Deputy. He also stated that he had to contact Thomas’ supervisor about his actions. Fasching continued , Thomas was ordered by his supervisor to record “All” interactions with the public on camera while in uniform. This was important for the jurors to know because Thomas stated “No”, while under oath when asked if his supervisor had instructed him to record his interactions with the public. Did Thomas commit perjury, or was Fasching lying? During a phone conversation with the elected Chief Law Enforcement Officer of Josephine County, Sheriff Gil Gilbertson verified Fasching’s statement regarding Thomas’ requirement to record his interactions with the public. According to Fasching, Thomas was a big problem. When asked if he would trust Thomas, Fasching stated, “No”, which clearly referenced the character of Thomas.

Upon exiting the courtroom during trial, I saw Fasching waiting to testify in the hallway. D.A. Campbell was standing right in front of Fasching, and appeared to be talking to him. I almost bumped into the two men as I exited the door into the narrow hall. As I walked away, I heard Fasching say, “Sorry Stephen, but I have to do what I have to do”. Was D.A. Campbell tampering with a defense witness? Was Campbell obstructing justice? What would the prosecution have claimed if Roberts had multiple attorneys representing him and one of them was talking to a states witness off the record prior to testifying during a trial?

It apparently didn’t matter because Fasching was never allowed to testify. Prosecutor Esther Smith objected, stating that Fasching’s testimony would be irrelevant because what he had to say didn’t matter – he wasn’t there when the alleged crime occurred. Judge Baker then asked Wente to respond. Wente replied, his purpose for testifying is to give character evidence about Thomas’ truthfulness.

At this point, while the jurors were excluded from court proceedings, District Attorney Stephen Campbell was present in court, thumbing through what appeared to be his law book and conversing with prosecutor Smith directly in front of Judge Baker. The Judge could see D.A. Campbell didn’t want Fasching to testify. Although Smith had only been a prosecuting attorney for five months, D.A. Campbell should have had enough respect for the court to communicate with her out of the presence of Judge Baker. Regardless of what had just occurred, I thought Baker would allow Fasching to testify. Judge Baker did not. She honored the prosecutions objection. She prohibited Fasching from testifying. This was, if I am correct, a violation of ORS 40.350.

“Evidence of character and conduct of witness – (1) The credibility of a witness may be attacked or supported by evidence in the form of opinion or reputation, but:

This entire case revolved around honesty and dishonesty. All in all, on May 9, 2013 – Roberts was found not guilty by an impartial jury, and stuck it to corrupt government, of course with his attorney’s help. The conduct of USFS employees Thomas and Ross, as well as District Attorney Stephen Campbell and Judge Lindi Baker absolutely verified the opening statement for the defense – “The devil is in the details.” 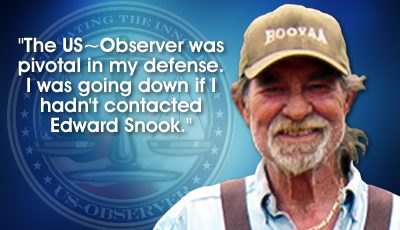