Okanogan County, WA – After four long, arduous years, the malicious prosecution of an innocent man, James Faire, has ended. On July 9, 2019, the Washington State Court of Appeals Division III signed a Motion For Voluntary Withdrawal of Appeal filed by Washington Association of Prosecuting Attorneys (WAPA) staff attorney Pamela B. Loginsky. The motion was the product of a work group consisting of prosecuting attorneys and appellate deputy prosecuting attorneys from six counties. After the work group’s review of the entire Faire case, they concluded:

“… that if the State’s appeal was successful and the prosecution was restored, the work group would not recommend proceeding with the case because the State would not be able to prove beyond a reasonable doubt that Mr. Faire was not acting in self-defense under the law … the State of Washington respectfully requests that this Court grant the instant motion to withdraw the appeal in the interest of justice.”

A $30-million tort claim notice was issued to the Okanogan County Commissioners in Sept, 2018 for violations against James Faires’s civil rights. Recently, Faire offered Okanogan County an amount he would settle for citing his continued damages resulting from being branded a murderer, the fact that he was falsely imprisoned, and the years fighting a false prosecution against police and prosecutors who violated his rights.

The US~Observer, a national newspaper based in Oregon that fights to vindicate people who are wronged, was the only source of fact-based reporting during the case. The US~Observer’s investigative reporters and experienced defense strategists aided the Faires by uncovering evidence and revealing those facts to the public.

“I couldn’t for the life of me understand how a newspaper could win a criminal case. Thank God I found out first-hand, as my husband and I would have spent years in prison without them – my husband, James, would have died in prison,” Angela Nobilis-Faire said regarding the US~Observer.

The US~Observer’s in-depth reports uncovered the police and prosecutors’ wrongs and proved that both Angela Nobilis-Faire, who had also been charged with crimes, and James Faire were innocent of the false charges Okanogan County brought against them. The US~Observer published multiple news articles and freely distributed its newspaper across several Washington State counties.

———-
Articles related to this press release:

PR Newsire refused to send out this press release. Here is an article outlining the “fake news” that harmed James Faire:

And, the article that started it all:

Escaped with Their Lives, Then Charged with Murder – The James Faire Story – https://usobserver.com/ed-snook/escaped-with-their-lives-then-charged-with-murder-the-james-faire-story/
———-

James and Angela Faire are eager to share their experience with being falsely accused of, and prosecuted for, crimes they did not commit and just how easily it can happen to anyone, especially when there is an official rush to judgment. The Faires can be reached for comment through the US~Observer at 541-474-7885.

Another Okanogan False Prosecution or Justice? 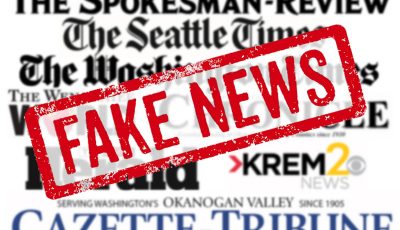