Idaho County, Idaho – Property disputes between neighbors just outside of Grangeville, Idaho began back in 2009 and they escalated, until a lawsuit was filed by Sydney (Butch) and Dorothy Walker in late 2011. The Walkers have named Bessie Harmon, Etta Harmon, Ellan Hoiland, Thain Hoiland, Elvin Hoiland and the Grangeville Highway District as Defendants in their suit. However, our current US~Observer investigation is uncovering what appears to be a history of possible out-and-out fraud, including survey fraud, as opposed to a dispute.

Butch and Dorothy Walker fight the alleged land theft of their property.

The Walkers were represented by Attorney Dennis Charney until he filed a Declaratory Judgment Motion, which, according to the Walkers and experts we have consulted with, basically gave away a good portion of their land. The Walkers fired Charney and demanded he withdraw his “ill-conceived” Motion. Much more can be written on this issue if the need arises.
The Walkers have since hired Attorney Wes Hoyt.
On June 12, 2014, the Defendants in this case filed a Motion for Partial Summary Judgment, “upon the grounds and for the reason that there exists no genuine issue as to any material fact.” I have never read a more frivolous Motion in my 30-plus years of investigating such matters. I have found that there are four records of survey, and various corner records filed, with little to no agreement on boundaries and corners, yet there is very good evidence that possible fraud was perpetrated in a survey and corner record back in 1977. Not one surveyor is using the original corners that were in place when the Walkers purchased their land.
Idaho District Judge John R. Stegner is presiding over this case and I will closely analyze and report on his rulings. 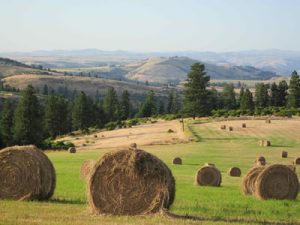 A view of the Walker property

According to Dorothy Walker, who has conducted an extremely thorough investigation and study into surveying laws, the surveys on the properties in question and deeds and issues involved, “everything is wrong with the current surveys. None of them match up with our original corners and they don’t match each other.” After studying the surveys myself and again, speaking with our experts, I completely agree with Ms. Walker. How is that for “a genuine issue to a material fact?”
Our investigation shows that the Walkers started purchasing their properties in 1968. They are the third family to own the land and their property was purchased based on the original Government Land Office (GLO) corners. By law, these corners should be unchangeable; however, forces appear to have been at work for many years to alter these original corners. 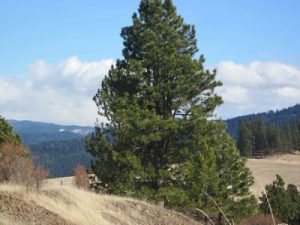 Another view of the Walker property

According to one witness, in 1977, (9 years after the Walkers purchased their property) their neighbors hired a surveyor to divide their property. Their licensed surveyor allegedly moved original section corners or created new corners, redefined deeds, changed right of ways, and changed the neighbor’s property description to fit his new corners. Without the Walker’s knowledge, this surveyor allegedly changed their corners in the process.
The US~Observer has received reports that there is no record of this survey on file at the court house and the corner records of these new corners were not filed until 1996, 20 years after the survey problems were created. The law states they had to have been filed within 90 days.
Since 1977, this surveyor’s changes have allegedly been causing all the chaos, property disputes, and lawsuits in this Grangeville area. The property disputes and chaos allegedly started when the original corners were moved and the disputes and chaos will not stop until the original corners are restored. I should note that all of the Walkers deeds match the original GLO corners, not the alleged false corners that this surveyor set and other surveyors have used. 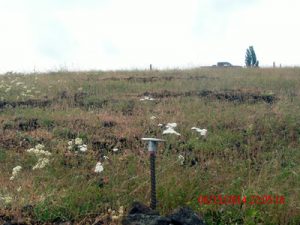 The Walkers have hired a well-known and respected surveyor to validate a corner that was actually discovered by a surveyor the Walkers had previously hired. This surveyor has already placed the corner and filed on it. When I confronted the surveyor who originally discovered it, he stated, “I just didn’t have enough facts at the time and I had to get my survey done, because the attorney needed it. When I told him that I believed fraud was involved back in 1977, he responded, “I thought that might be possible myself.”
I now have two surveyors stating that it appears that the survey that started this entire mess was fraudulent. 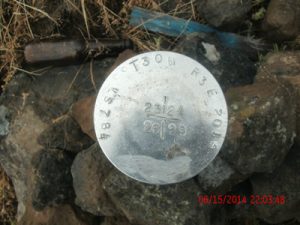 Up close of the original Walker property pin

At this juncture it would be easy for the surveyor(s) and Attorney(s) involved in this alleged scam to just say they made “mistakes.” All property lines can be corrected and the Walkers can be “made whole” so to speak.
If this charade continues or those involved start lying, they can look forward to gaining top front page notoriety in the US~Observer. At that point all involved can rest assured that the US~Observer won’t be going anywhere until all facts are public and until Sydney and Dorothy Walker are totally vindicated.
While I currently use the word mistake in an attempt to leave those involved a “backdoor out,” I strongly expect that I will be using the term fraud in the very near future if this wrong isn’t corrected. I will also be naming names and providing a wealth of information publicly that will leave absolutely no room for doubt. My strong advice to those who have made “mistakes” or who committed fraud is to take the backdoor without delay.
Editor’s Note: Anyone with information on Surveyor Carl Edwards or regarding this case is urged to contact Edward Snook at 541-474-7885. 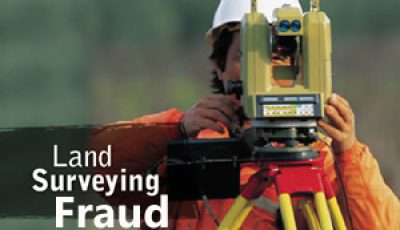