The people of Connecticut would be cheering while the folks in Rhode Island might be objecting and do you think a general uproar is likely? Maybe it would go viral on the Internet and even the “dumbed-down Mainstream Media” might report the story. What if Mexico was to do the same thing along the border with the USA gobbling up some of Texas, New Mexico, Arizona and California; in such a case, we might even see a declaration of war. In other words, property owners, especially US citizens are hard wired to defend what they believe is theirs (sometimes to the death) and that too is a part of the human condition. But, the law specifically states that surveyors are not to create disputes among neighboring landowners; so how can this be?
Think about this, if a surveyor who wants to grow his business starts moving original property monuments (or makes them disappear so that he can recreate them) then he can move boundaries between neighbors at will, and it is likely that each landowner will demand his own survey (more business). All of a sudden, instead of a Starving Surveyor, there is plenty of business for all the surveyors and maybe a few engineers as well. Clever surveyors.
According to highly credible professionals I have interviewed, “One of these new-breed-of-surveyors actually refers to himself as the “Wizard” of North Idaho because he has developed a scam that allows him to dance around original monuments with words like “erroneous” and then adjust the location of those original monuments as he has developed a vast book of new business from the landowners who have been suckered into his operation. This surveyor is Hunter Edwards, whose father before him was a surveyor and the two of them figured out a scam that has not yet been unraveled, but it is based on the concept that the original General Land Office survey monuments set in the late 1800s were “erroneous” which they think gives them license to relocate those original monuments at will by applying a Math Stakeout solution rather than performing a retracement survey.” 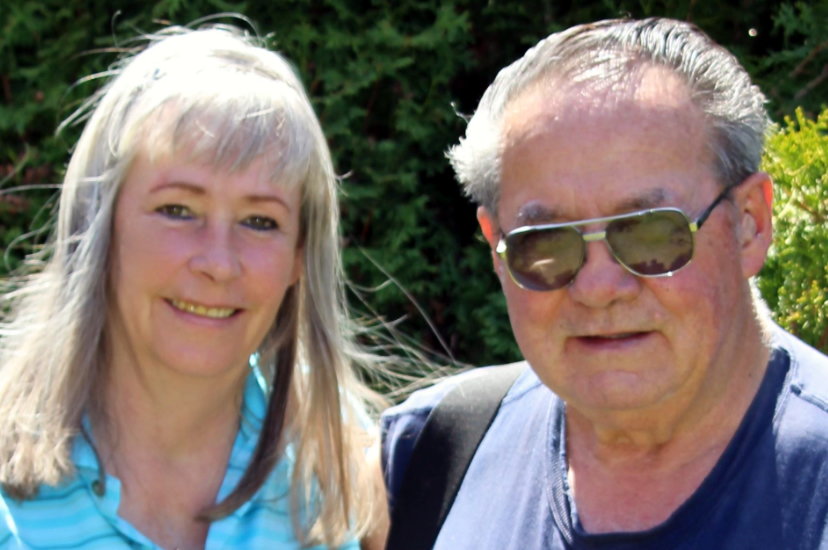 Dorothy and the late Butch Walker

The professionals continue, “The cost of these shenanigans by the Edwards clan to landowner Dorothy Walker has been the loss of over 40 acres, all done surreptitiously by sneaky little changes in documents recorded at her home of Idaho County. Dorothy has studied the problem and qualifies as the one in 10,000, but she still cannot get responsible survey work from the Edwards clan because they are being protected by the other professionals who also think this Math Stakeout Solution is good for business and refuse to look at the Edwards’ professional ethics violations and the Edwards’ failure to follow established procedure required by Idaho State law; their reaction is simply to ignore it. The Edwards clan of surveyors are also being given a pass by the Idaho Attorney General who refuses to prosecute them because regulation is left up to the professional board composed 100% of practicing surveyors. Has the proverbial fox been left to guard the hen house?”
Well folks, this is exactly what is happening all over America today and it is happening in Idaho and specifically, it has happened in Idaho County, which is one of the most unlikely settings, although the place is bucolic and it is an area that is still filled with big game and a very desirable place to live or have a cabin because it is so remote. Shamefully, there are those in Idaho County who would set false monuments and take your land in a heartbeat and the operative force behind them are the surveyors who subscribe to the improper and illegal process of “proportioning” in corners with a Math solution when the evidence of the position of the original corner is right before their eyes. To be clear, the process of proportioning or the Math Stakeout can never find the original boundary lines or monuments and it is doomed to always be the source of land theft.
With the amount of land development and subdivisions drastically down in America today, the trend has been to create work for surveyors by either removing or relocating the original “permanent” survey monuments that have been relied upon for over a hundred years, and then claiming that such monuments have been “located” by applying the Math Stakeout solution costing some landowners large portions of their property.
This attack on the sovereign rights to property ownership is fostered by the new breed of surveyor mentioned above who believe they can simply state that the original monument, set over a hundred years ago is “erroneous.” A nebulous term that really has no meaning unless placed in context of a multi-faceted and highly detailed analysis; and when applied, the detailed analysis will show where the original monument is actually located. Yet, this term “erroneous” is the basis reportedly used by the Edwards clan and other surveyors of similar persuasion for moving boundary lines hundreds of feet without regard to the retracement of the original monuments.
Understanding why we are ‘where we are at’ is as important as anything. Surveying is complicated to some and mysterious to others, but the effect of losing land can be understood by everyone. Readers with similar issues should contact their state legislators and demand that this problem be investigated in their home state before rights become vested based on the fraudulent surveys developed by Starving Surveyors, who are not quite so hungry any more thanks to all the payments from defrauded landowners.
Will Goode is an investigative reporter for Independent News International, World Report who is willing to tackle difficult issues even though not politically correct. He can be contacted through the Editor, Pat Shannan at www.iniworldreport.com.
Editor’s Note: There is another reason that unethical surveyors record fraudulent surveys and that is because they are paid to knowingly do so. We will address this more as it relates to the Walker case in the near future.
Anyone with information on those involved in the Walker case or fraudulent surveying in general is urged to contact Edward Snook at 541-474-7885 or by email to editor@usobserver.com.
Are you losing your property because of bad surveying? Have you been defrauded? Call us – we just might be able to help you.
Previous Story

All Points Bulletin on Henry Martinez

The War on Accountability 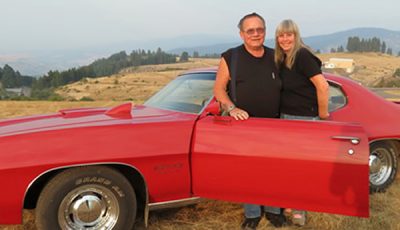