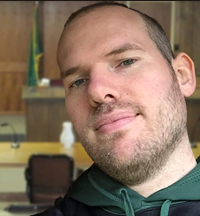 Okanogan County, WA – By a 2 to 1 vote of the Okanogan County Commissioners, interim Prosecutor Branden Platter was given the reins of the prosecutor’s office. Commissioners Chris Branch and Andy Hover voted to appoint Platter, while Commissioner Jim DeTro intelligently voted against him.

Platter took over from a disgraced Karl Sloan, who resigned July 28, 2017. Numerous calls received by our office reveal that many Okanogan residents question whether he will continue Karl Sloan’s corrupted practices of ignoring evidence and prosecuting innocent defendants. So, the jury is still out on whether or not Prosecutor Platter will serve justice, or just follow the same corrupt road that has been laid out before him. Initial assessments, however, suggest he is nothing more than a Sloan carbon copy.

Over the past two years, the US~Observer has reported on the James and Angela Faire false prosecution case in Okanogan County. James Faire has been facing a 1st Degree Murder charge, while sharing lesser criminal charges with his wife Angela Nobilis Faire since June of 2015.

This travesty of justice began when then Prosecutor Karl Sloan’s brother, Detective Kreg Sloan, made a very careless and negligent rush to judgment, without conducting any investigation whatsoever. Sloan obviously and erroneously backed the prosecution of the Faires. Since taking over, Platter has continued the false prosecution. 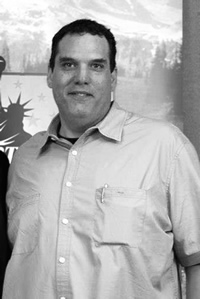 We have conclusively proven through our investigation that Karl Sloan ignored iron clad evidence of the Faires’ innocence. Sloan even disregarded sworn depositions from his own witnesses (people that conspired against the Faires) that contradicted their earlier statements, showing they committed serious felony crimes themselves! Their sworn statements prove that they attempted to kidnap the Faires, while one of the conspirators, George Abrantes, committed, or at the very least attempted, Assault in the 1st Degree. Fact is, there hasn’t been one single shred of evidence produced by law enforcement or the Prosecutor’s office that shows the Faires committed any crime.

Three uninvolved criminal defense attorneys from Washington State have carefully looked at the criminal case against the Faires. Each one has agreed that it is quite clear that the Faire’s did not commit any of the crimes they are charged with.

Why would Sloan do this? Simple. Sloan was put in the position where he had to cover for his brother’s incompetence, and Sheriff Frank Rogers’ rush to comment that resulted in a publicly-broadcast interview that literally tied the county to the assertion that the Faires were squatters and escalated the situation to the point of someone losing their life. If the case didn’t go on, and they didn’t get a conviction, it would certainly open the county to potential millions in liability. That is great motivation to continue a false prosecution – especially when you think you have law enforcement and media in your back pocket.

Little did they know that the US~Observer would share the truth with the people of Okanogan County and the rest of the country.
Shortly after he took over for Sloan, Platter received a letter from James Faire’s attorney Stephen Pidgeon. The letter requested that Platter look at the mountain of evidence disproving the validity of the charges against Faire, and to drop the baseless charges, for the sake of justice. According to Pidgeon, Platter never responded to his letter, saying, “He didn’t even acknowledge receiving it.”

Platter’s lack of response is a mirror image of Karl Sloan’s complete lack of ethics that this writer witnessed for over two years.

Angela Nobilis Faire is facing a malicious prosecution for 2nd Degree Criminal Theft and 1st Degree Criminal Trespassing, which both carry substantial sentences. We are informed that Platter has offered to drop the 2nd Degree Criminal Theft charge down one notch. Having no evidence to show guilt on Angela’s part and with the state’s own witness claiming he deceived police in his initial interviews, Platter is relying on nothing except the charges themselves as justification for sending a plea offer to Angela’s attorney for review. Trying to get Angela to bite on a “no jail time” offer might be straight out of the prosecutor playbook, but when justice is not being served it is nothing but a blight on the office and people Platter supposedly represents.

Platter might do well to actually represent the interests of the public and the law, instead of trying to “protect” the reputation of an already tarnished prosecutor’s office. It is true that Platter’s predecessor refused to dismiss the false charges against the Faires, but that doesn’t make the charges worthy of ruining his reputation as well. Again, if he has any small connection to justice, Branden Platter must drop all false criminal charges and apologize to everyone involved for this corrupted mess – a mess that his office in conjunction with Okanogan law enforcement have created.

It has been reported to the US~Observer that there will be no plea-offer accepted in either case.

Should the prosecution take these fine people to trial on their false charges, you can rest assured the evidence will prove their innocence.

Branden Platter – A Practice of Depriving the Innocent of Their Constitutional Rights?

Platter was Karl Sloan’s top assistant when Sloan prosecuted a murder case, unrelated to the Faires, wherein Jesus Duarte Vela shot and killed Antonio Naranjo-Menchaca. It has been reported that prior to jury selection, Sloan moved to exclude evidence of the victim’s prior bad acts that Vela was to use in his defense, establishing that he was afraid for his life and the lives of his family when he shot Naranjo-Menchaca. Vela was convicted of second-degree murder.

While we have not entirely investigated this case, we can report that the State Court of Appeals for Division III overturned Vela’s 2nd Degree murder conviction. Motions made by the prosecution and rulings issued by trial Judge Christopher Culp (the same judge in the Faire case), to keep evidence from being heard by the jury were ruled unconstitutional.

Platter has said he will file a motion for reconsideration and even seek review with the state Supreme Court. Is this justice, or yet another attempt to protect the image of a corrupted prosecutor’s office? 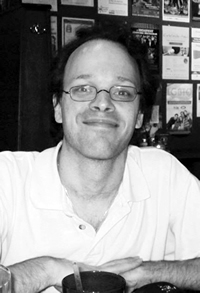 James and Angela Nobilis Faire filed suit against Richard Alan Finegold (one of the state’s main witnesses), Finegold’s co-conspirators and the estate of Debra Long on April 25, 2017.

Photos obtained by the Okanogan County Sheriff, court transcripts of interviews of Ruth Brooks, Michael St. Pierre and Richard Finegold combined with Richard Finegold’s false police report show clear evidence that Finegold and the others, under the direction of Debra Long, premeditated a surprise and violent ambush of James and Angela which sadly resulted in Long’s own death.

This case was recently ruled on by King County Superior Court Judge Suzanne Parisien as being able to move forward after George Abrantes tried to place a stay on the civil proceeding.

Depositions are currently being scheduled.

We have it on good authority that Finegold wants to seek a settlement in the case and realizes that his position is indefensible. It would be telling if this comes to be a reality; a reality that would destroy Platter’s continued malicious criminal prosecution.

Injustice – Is this the beginning of a trend in Okanogan County?

While Sloan’s prosecutorial misconduct is evident, Platter can still make good to the citizens he now serves. That, however, is going to take a complete reversal in cases like the Faires.

But for now, Branden Platter is marching right along to infamy, just as his predecessor had. What we can guarantee is once he hits strike three, he’ll be out. We’ll make sure of it, and so should the citizens of Okanogan County who are concerned with justice.

One thing is certain, it doesn’t matter if Platter takes the Faires to trial, there isn’t a jury in this world who will convict them on the evidence, and the county will still end up paying for Platter’s malicious prosecution.

Editor’s Note: Every Judge and Prosecutor in the State of Washington should keep their eyes on this case and how it plays out. Will there be more reversals by higher courts, or will the system work as it should and protect the innocent?

We urge anyone with information on Okanogan County Prosecutor Branden Platter or any other officials involved in this case to contact Edward Snook at 541-474-7885 or by email to editor@usobserver.com. Information on other wrongdoing by Okanogan County government is also welcomed as we intend to be publishing on Okanogan corruption for quite some time based on the many complaints we have received to date. The corrupt in Okanogan will literally be shocked at what we have learned!
Read all about the Faire’s false prosecution by reading the very first article!