US~Observer Editor’s Note: One of easiest and most common of false allegations is Sex Abuse. Oftentimes, a conviction does not require any evidence, witnesses or anything other than one person saying it happened. Prosecutors are all too eager to jump on sex abuse cases, as they are well received by the public. The perception of the public is that those who their local newspaper reports as having been charged with a sex crime are guilty. So, the DA gets a warmed jury pool to choose from and the charged is almost always ensured of being found guilty, even if they are in fact innocent. The DA gets another notch on the belt, and the public perception is that the prosecutor is doing their job. It’s the US~Observer’s job to demand accountability and keep innocent people from being convicted. The following article outlines one such case… 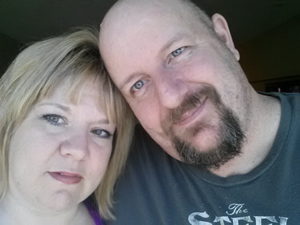 Jackson County, OR – Please keep in mind as you read this article about the attempted false sex-abuse prosecution of Michael Young of Medford, Oregon, that the US~Observer has completed over 1,600 false sex-abuse cases successfully in the past 22 years.

This writer is much more aware than most that sex abuse occurs in our society. From 30 years of experience, 22 of those years publishing the US~Observer, I take the position that perverted sex-offenders need severe punishment. I am also acutely aware that there are many false allegations of sex-abuse today and solely from experience, I know exactly how to determine whether a sex-abuse criminal charge is legitimate or contrived in a great majority of the cases I take on.

The US~Observer has been successful in busting sex-offenders and exposing them for their deplorable actions. However, most of our case articles are about false prosecutions, simply because that is what we primarily work on and innocent defendants are the ones who seek us out. Most sex-offenders would not want to speak with us once they have read about our work and tenacity…

A General Outline – The Conspiracy Behind False Sex-Abuse Cases

There are many dangerous, demented sexual-predators among us; however, there are way too many innocent people who have had their lives ruined by dangerous, false accusers and incompetent members of our justice system. I am referring to ignorant, biased and abusive Department of Human Services (DHS) personnel (often referred to as “Children’s Services,” etc.), detectives who receive an accusation and build a false case based on lies, without conducting a thorough and competent investigation and prosecutors who place their blinders on when they see clear and convincing evidence that a charged person might actually be innocent. I will also include many defense attorneys who take huge retainers from their clients, and then do little to nothing to defend them.

These conscienceless people realize most of a defendant’s credible evidence will not be admissible in court, due to unconstitutional and evil rules that have been created to strip defendants (especially in sex-abuse cases) financially, while enriching the attorneys and “justice system” that often prey on the innocent. In fairness, there are attorneys and even some in the justice system who complete their job ethically, but they are few and far between – I highly commend these individuals

In order to start a false sex-abuse case and ultimately place an innocent person in prison and on a sex-offenders list for life you need an accusation. In this case the accusations are many. As the accuser in this case goes deeper and deeper into her world of alleged bipolarism/mental illness, the accusations become more and more insane, and they rapidly escalate – I will list a few of them below. I am going to withhold the false-accusers name in this case for the time-being, but that will change if the lies, absurd accusations, and false charges continue.

The following facts of the case show that a completely innocent and decent family has been literally torn apart, and all but ruined financially because of a 16 year-old girl’s false and ludicrous allegations. There has been no trial, there is no physical evidence and there is no witness who possesses credible evidence against Michael Young – however there is a mountain of evidence or “markers,” as I call them, to show any prudent person that Young is absolutely innocent. Michael Young and his family are the true victims in this case.

On March 21, 2012, 43-year-old Michael Young was called into an interview with Detective Diane Sandler with the Medford Police Department (MPD). Michael’s step-daughter had accused him of both physically and sexually abusing her over a 7-8-month period of time. Young was subsequently charged with multiple false felony charges. Our investigation shows that Michael Young served honorably in the United States Army for 7 years and that he has no criminal history whatsoever.

The girl started making her wild-accusations to Rebecca Knowlton of Medford, Oregon while spending the night with Knowlton’s daughter and Knowlton immediately contacted the MPD. According to witnesses, Rebecca Knowlton is a foster mother for DHS, who has dealt with numerous children claiming to have been sexually abused. One witness stated, “I’m sure that Knowlton prompted and cultivated Michael’s stepdaughter’s false and vindictive claims.” In this writer’s professional opinion, Knowlton is a very dangerous person to the innocent.

Next, you need a detective and a DHS “trained professional” to build the false prosecution. In this case Detective Diane Sandler with MPD and Angie Albiar with DHS overlooked lie after lie coming from Michael’s stepdaughter, as they coached her, groomed her, and then tailored her castle of lies. Sandler and Albiar, and others to be named at a later date, have shown not only their potential danger to all innocent citizens by manufacturing this case, they have shown themselves to be quite the “Drama Queens.”

You also need so-called “professionals” to interview the lying step-daughter, so they can enable the prosecutor to succeed at the future “Star-Chamber Trial”, wherein the prosecution and court exclude very pertinent defense evidence based on Oregon’s corrupt “Rape/Shield” laws. In addition, the “professionals further manufacture testimony and document observations to make the step-daughter/alleged victim look credible when she has absolutely no credibility. They do this in order to assist Jackson County Assistant Prosecutor Terry J Smith-Norton with possible future attempts to extort a plea-bargain from innocent Defendant Michael Young or to help convict him should a trial take place. We have not obtained the names of counselors, psychologists, etc.; however, if this case continues we will analyze and report on their “findings.”

In 2010, the step-daughter in this case accused her biological father of molesting her. She also accused him of illegal drug use and drinking. Even though her mother knew her father didn’t abuse illegal drugs she halfway believed her daughter about the alleged sex abuse. The father left the home in April of 2010, and on January 27, 2011, he committed suicide. One witness states that he was devastated when his daughter accused him and he just couldn’t cope with it.

In the summer of 2011, the mother fell in love with Michael Young, they were married and they decided to move to Medford, Oregon from Klamath Falls in August of 2012. Michael’s parents needed his care due to their medical conditions and the family decided they would secure a home where Michael and his wife could live with the parents and take care of their demanding medical needs.

As soon as they arrived in Medford, Michael’s step-daughter started causing problems and displaying all the symptoms of mental illness according to a witness. Michael and his wife quickly got the step-daughter into counseling and tried desperately to help her. The entire family was very watchful and cautious with the step-daughter because of her mental problems and Michael was especially careful due to her past allegations of sex-abuse against her father. 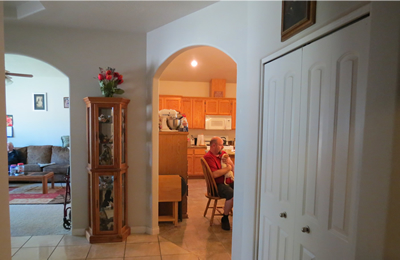 It didn’t take long for this step- 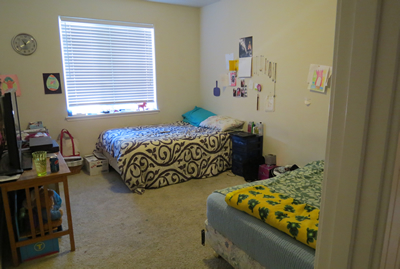 daughter to start making horrendous and unbelievable accusations against her new step-father. While reading just a few of the accusations below, realize that the family lives in a one-level, extremely small and confined home in Medford. The allegations against Michael Young all took place in an area approximately 700 square feet in size. From August of 2012, until March 2012, Michael, his wife and both parents lived in the home with the step-daughter. According to each of these people Michael was never once alone with the step-daughter.

It is also important to note that Michael and his wife were taking college courses on caregiving and they were together each day studying.

The step-daughter claimed, “Her mother and stepfather are using meth, cocaine and prescription drugs.” Our in-depth investigation shows they have never used or sold any illegal drugs. She stated she took money from a table in the home because she didn’t want her parents to buy drugs with it. She stated that Michael has committed just about every sex-act imaginable with her. She stated that Michael strangled her and that he strangled her 6 year-old cousin. The police went to the cousin’s school and questioned him and he stated he had never been strangled and there were no problems in the home.

The step-daughter accused her older sister and her husband of drug abuse. She accused the family of constant fighting in the small home and she made at least another 50 allegations against Michael and others, some of which we will get into at a later date if necessary. Again, all of these allegations supposedly took place in a 700 square foot area with four adults (3 of which are devout Mormons) over a period of seven months and with an additional adult and 1 other child for one of those months concerned with in the indictment. And get this, we have uncovered absolute proof that this step-daughter is now claiming that Detective Sandler and DHS’s Angie Albiar have lied about her saying certain things about her family – she has stated that she never told them some of the severe accusations that they have in their official reports!

MPD Detective Diane Sandler and DHS “Specialist” Angie Albiar should be completely ashamed of themselves, yet they can’t have any shame if they were able to manufacture such lunacy and get a Jackson County Deputy District Attorney to buy their hoax. 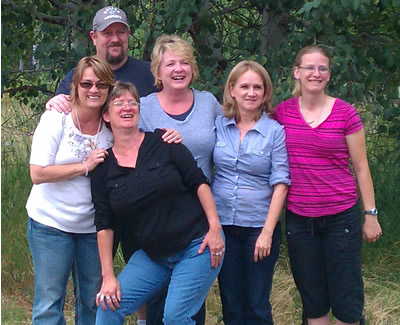 I’ll assume for the time being that Jackson County Assistant Prosecuting Attorney Terry J. Smith-Norton hasn’t had a chance to take a close look at this case due to her heavy caseload. I would ask the elected Jackson County District Attorney, who I believe is ethical, to look into this factually false prosecution and put an end to it. On a more positive note Michael Young’s family has been able to hire renowned sex-abuse Attorney Rich Cohen from Clackamas, Oregon to represent him.

Once this severe abuse is stopped someone needs to get this severely ill step-daughter some truly professional help… Short of this, my readership can look forward to a much deeper expose in our next edition. Further, even though I haven’t named the step-daughter and her mother in this article, I’m sure some will recognize who I’m writing about and I would ask that they contact me if they have any information at 541-474-7885. Rebecca Knowlton’s husband, Douglass Knowlton, of Medford is one such person.

We are informed the Knowlton’s are currently separated. 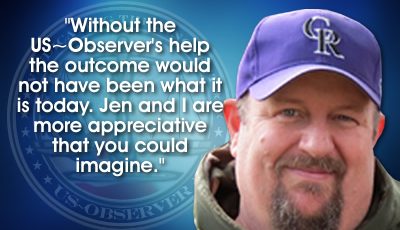