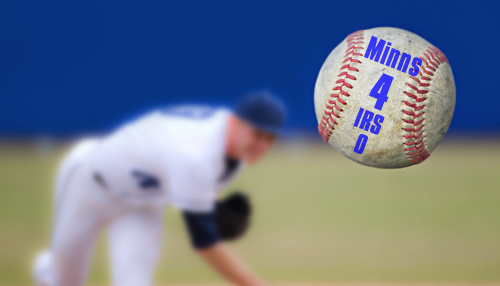 It’s baseball season so perhaps Michael Minns’ latest victory against the IRS was inspired by the
national sport. When prior counsel had given up, Minns was brought in months before trial to take over
and pitch, successfully striking out the governments four criminal tax evasion charges.
By Edward Snook
Investigative Reporter
At the historic Federal Courthouse in Marquette, Michigan on Washington street, near Lake Superior, known as the UP, or Upper Peninsula, after a five year criminal investigation, and a four count felony indictment, Jon Matteson, who lives in Moran, Michigan, and was in the Marine service business with two full service marines on Gun Lake, was found not guilty on all of four charges of income tax evasion.
The jury trial began on Monday May 18th, and the jury returned with a verdict of not guilty on Friday, May 22nd. Matteson, if convicted faced up to twenty years in a federal prison, and fines of up to one million dollars. The case was prosecuted out of the Grand Rapids, Michigan U.S. Attorney’s Office by Assistant United States Attorney (AUSA) Rene Shekmer, and Special Agent Rick Pike. Jon Matteson was defended by one of the nation’s top criminal defense lawyers, lead counsel Michael Minns, and his partner Ashley Arnett, both of the law firm Minns and Arnett (formerly The Minns Firm) and local counsel Karl Numinen.
The government had previously indicted the trustee of Mr. Matteson’s trust, Herb Friske, who plead guilty and received time in prison. Friske, during the trial of Matteson, testified that he plead guilty after IRS Special Agent Pike conducted a raid on his home, breaking down the door in the wee hours of the morning, hand cuffing his ill wife, cuffing his son and restraining him on the floor with four officers holding M16’s to his head. Friske testified Pike threatened him with nine years in prison and that both his wife and his son would be indicted if he did not agree to plead guilty to a felony.
Both Friske and Matteson had purchased trusts from alleged expert, David Simmons, who operated out of Sarasota, Florida. Mr. Simmons had secretly cooperated with the IRS to accuse and convict his two former clients of tax evasion by voluntarily testifying before a grand jury against each client, Friske in 2010, and Matteson in December 2014. Both Friske and Matteson claimed that they had paid Simmons a great deal of money to give them tax and trust planning advice. Simmons, however, had twice secretly testified before Grand Juries that he did not do that. During the trial itself Simmons testified that he never gave legal advice or accounting advice or any other advice regarding trusts.
Mr. Matteson’s former tax preparer, Bill Ayers testified that he quit doing Matteson’s tax returns when Special Agent Pike approached him and “suggested” that Ayers quit doing Matteson’s work. Ayers testified that he was then fearful of losing his license if he did not do as Pike asked. 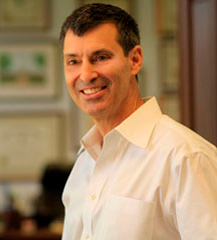 During a blistering cross-examination by Minns, Simmons admitted that he had worked for A.L. Williams and was called a “termite.” The A.L Williams “termites” would “sell” generally elderly customers on the idea that they should convert the valuable equity in their whole life insurance policies, into cash and “invest” the cash with them. Most of the Williams “termite” customers lost all or most of their equity in their insurance. Simmons angrily responded that he failed to see what his past had to do with Matteson’s trial. Minns calmly smiled and told him, “That’s for the jury to decide.” And in short order they would.
Simmons also admitted that he had a one million dollar tax lien against himself, that he had been ordered by the Florida State Bar not to practice law, had signed a consent agreement, had been found guilty of using a false social security number, and had been found guilty by a tax court Judge of selling useless trusts of the same nature as the one he had sold both Friske and Matteson.
Pike never took the witness stand to explain his actions. In closing argument Minns asked the jury why the IRS would separate a legitimate tax preparer from his client Jon Matteson, while simultaneously doing nothing to separate him or anyone else, from con-man, termite Simmons. 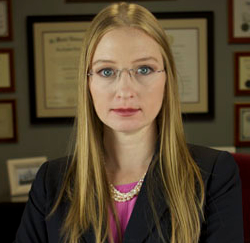 IRS revenue officer Jaime Howard testified that Matteson owed back taxes for incorrectly prepared returns in 2008, 2009, 2010, and 2011, in substantial amounts. However, on cross examination by Minns, she admitted she may have gotten her figures wrong and it was possible that Matteson owed no taxes and in fact was due a refund. Earlier, on cross-examination, another IRS agent Victoria O’Brien was interrogated by Minns’ partner Ashley Arnett, who introduced a refund check for 2013 in the amount of $529.00, through the IRS agent. The agent agreed it was a bona fide refund check from the IRS and she admitted under Arnett’s continued and forceful questioning that it meant the IRS believed no taxes were due as of 2013 on any returns previously filed. The government gave no clear explanation for this inconsistency.
In final argument to the jurors Minns reminded them that one IRS expert said she wasn’t sure a tax was owed; and another said the refund for 2013, received in 2014, meant no tax was owed for the previous years.
The jury deliberated for two hours on Thursday afternoon and continued until 11:00 on Friday morning before reaching its unanimous “Not Guilty” verdict on all counts. AUSA Rene Shekmer appeared to be shocked by the verdict and asked that the jury be polled. Twelve jurors then rose and one by one said that, “Not Guilty” was their verdict.
The case was tried in a small, old court house near Lake Superior, to a full court room of supporters of the Matteson family, on-lookers who simply came to watch Michael Minns’ trial expertise (some of whom traveled hundreds of miles) and numerous IRS officials who also tend to flock to these trials when Minns is leading the defense.
The US~Observer has only found nine acquittals on criminal tax evasion counts this entire year by American juries. All nine belong to Minns and Arnett. If you are aware of a bona fide “not guilty” jury verdict, this year (2015), particularly if it involved misconduct by Government officials, please notify the US~Observer at 541-474-7885 or send an email to editor@usobserver.com.
If you or anyone you know has done business with David Simmons of Florida, or purchased trust products, or received legal or accounting advice from him, please notify us as well.
Previous Story

Is Corporate Corruption Being Aided By Local Attorneys, While Watch Dog Agency Doesn't Do Its Job?

Do you know Karen Levanway or Stacy Underwood?