Bend, Oregon – On September 7, 2011 a local business owner, his wife and friend were subjected to a chain of events that quickly turned an evening of enjoyment into one that the local business owner stated, “has changed my life forever.” The business owner asked that his name remain confidential at this time, due to his involvement in the community. He has since, taken the offensive to proclaim his innocence against a false arrest and assault IV (4) criminal charge.

During their visit at Stars Cabaret Night Club in Bend, Oregon the three patrons stated the bartender was abnormally unprofessional. After a very short period of time at the establishment the local business owner’s wife was informed that she was “cut off from alcohol.” Not knowing why she was cut off, since she was not intoxicated, the three patrons decided that they should leave the establishment, after questioning why they had been treated disrespectful.

Stephen Turel, a bouncer at the establishment had reportedly informed the patron that they could rightfully refuse service to anyone. Although the patron was visibly okay with that decision, he informed Turel that he would still be in contact with the owners. As the patron exited the establishment, Turel approached him in a rapid manner. The patron turned just before Turel could make contact with him and lifted his hands in a defensive manner with open palms – showing that he didn’t want any problems. Turel then attempted to lift the patron off his feet and throw him through the glass door as he was exiting the establishment. In fact, the side of the patron’s head struck the glass door. In fear for his life, the patron struck Turel in self- defense. This was confirmed upon reviewing video surveillance obtained during the investigation.

According to the police report, Turel stated that the patron turned towards him with his arms raised and fists clenched. Turel told Bend Police Officer Schneider that he “pushed the patron backwards, because he was unsure of what was in his hands.”

Video surveillance was obtained from the establishment which clearly disproved Mr. Turel’s statements that the patron “clenched his fists,” as well as other false statements made to police by Mr. Turel. At no time was the patron told to leave the establishment and at no time did the patron threaten Mr. Turel or any other employee according to witness statements. The patron was only trying to peacefully communicate with Turel and explain that what had happened wasn’t professional and would be reported to the owners. We should note that according to US~Observer sources, Steven Turel’s name prior to 1997 was Steven Updike. We are currently investigating the name change and the reason for it. Civil proceedings have been indicated upon a background check of Mr. Updike, which will be investigated further prior to publishing.

Prior to viewing video surveillance, the Deschutes County District Attorney’s Office offered a plea-bargain wherein the patron would plead guilty, complete 60 hours of community service, have alcohol evaluation and treatment, no alcohol or bars, no contact with the alleged victim, a fine of $567.00, and two years of supervised probation.

After the patron’s attorney made contact with the prosecutor, the assistant prosecutor stated that a civil compromise would be acceptable to the District Attorney’s Office if the alleged victim, Stephen Turel and patron were willing to accept, which would ultimately let Mr. Turel and the patron settle this dispute outside of a court room. Turel wanted $5,000.00 and the patron simply refused to pay anything.

After viewing the video surveillance, the District Attorney’s Office offered a new plea deal. The new offer dropped the charges from Assault IV down to a non-criminal violation, which is comparable to a traffic citation.

Upon receiving the new plea offer, the patron decided that he was not willing to accept any offer. He stated, “I was physically assaulted by Mr. Turel and rightfully defended himself.”

It was confirmed upon a records check that the patron – the alleged defendant, has no criminal history whatsoever. 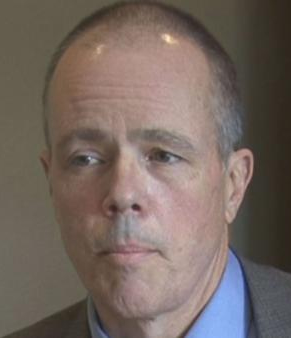 Deschutes County Assistant Deputy District Attorney Matthew Nelson and his boss, District Attorney Patrick Flaherty had both been given the same evidence as this writer, which clearly shows that Mr. Truel is absolutely not a victim. Furthermore, Turel’s key statements to the officers are clearly lies when compared to actual video surveillance, which is irrefutable. Providing a false police report to law enforcement is a crime – one that Flaherty is seemingly attempting to sweep under the old corrupted carpet that officials like Patrick Flaherty often use.

Since September 7, 2011 the patron appeared in court several times. He had multiple doctor visits for medical issues, lost many days of work (as a business owner), paid thousands in legal fees, was told he couldn’t consume, posses or be in an establishment that served alcohol and had been painfully stressing the outcome of this incident that was innocent of. He was also highly concerned that his unblemished record would be placed in the hands of a jury to decide his fate.

FOUR plea-offers were given to the patron. First carried an assault IV (4) guilty plea, probation, fines, classes, etc. Second was the offer in compromise where he could settle out of court with the bouncer, which would ultimately cost him $5,000.00 for a crime he never committed. Third was an offer that would drop his criminal charge to a mere violation, which still carried penalties and costs. Fourth was the offer where all charges would be dropped if he agreed to pay restitution, which still carried costs and more importantly, the public perception of guilt. Finally, and after four attempts to extort a plea-bargain failed, Deschutes County District Attorney Patrick Flaherty dropped his false prosecution all together.

It is obvious after reviewing all of the evidence in this case that Stephen Turel lied to the police. An innocent man was arrested and put through seven months of agony for an alleged crime that he never committed. Had the patron not had legal representation, investigative resources and funds available to fight, he most likely would be another innocent victim of the justice system. Had he not been able to obtain the assistance of the US~Observer, corrupt District Attorney Patrick Flaherty would obviously have continued his attempt to destroy this innocent man.

One question still remains: Why hasn’t Stephen Turel been charged with filing a false police report? District Attorney Flaherty has absolute evidence that Turel filed a false report and get this; an eye-witness statement was obtained wherein it was noted that Mr. Turel has been seen on other occasions acting violent towards patrons and then calling the police.

If you have any information regarding this case or any other involving District Attorney Patrick Flaherty or Assistant Deputy District Attorney Mathew Nelson, please contact the US~Observer at editor@usobserver.com or call 541-474-7885. All calls are strictly confidential. Anyone with information on “Bouncer” Stephen Turel is also urged to contact us.

Editor’s Note: Former Deschutes County District Attorney Michael Dugan lost his office in the last election in May of 2010, due in large part to his attempted false prosecution of Kevin Driscoll (view Driscoll articles by going to our Vindicated Page) and the US~Observer’s exhaustive coverage of the case. Corrupt Assistant Prosecutor Jody Vaughan conducted the false prosecution of Driscoll for Dugan and she was relieved of her job when Flaherty took office. We had hoped that District Attorney Patrick Flaherty possessed ethics and would be concerned with justice, but he has failed miserably at communicating with the public and has failed to respond to phone calls, office visits, emails and two separate faxes to his office. Is this the type of District Attorney that Deschutes County residents want in their county? Aren’t the citizens of Deschutes County, Oregon smart enough to realize that if Flaherty can completely ignore conclusive evidence, that absolutely shows a person’s innocence, that he can attack anyone, at any time, without any just reason? Get with it people! 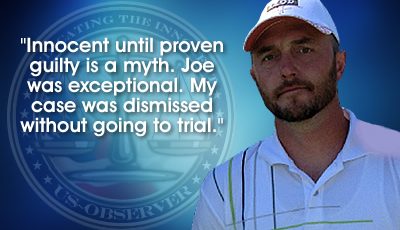