Misconduct and Patterns of Malicious Prosecutions 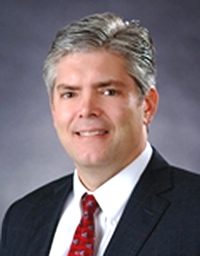 For James, those charges include Murder in the First Degree. Past articles include extensive facts of this case and we would prompt anyone who hasn’t read them to do so (look to the related articles below).

Each and every fact in this case proves that James and Angela Faire are innocent of all criminal charges and many of the facts prove that Sloan’s manufactured victims are factually the ones guilty of committing felony crimes against the Faires and others. 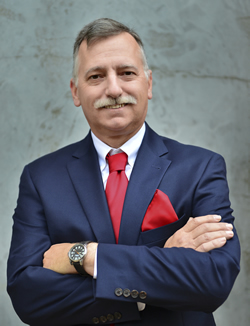 Concerning the major false charge of Murder in the First Degree against James Faire, the prosecution witnesses have stated in depositions that they hid their vehicles and themselves until the Faires arrived at Richard Finegold’s property on Sourdough Road in Okanogan County to retrieve their personal belongings. The gang then surrounded Faire’s truck in an attempt to keep them from leaving (kidnapping). The prosecution witnesses admit that George Abrantes attacked the Faires with a large logging chain with a padlock attached. They also admit that the Faires were attempting to escape the attack, by 300-lb. Abrantes, when Debra Long was run over.

What is mind-boggling is that Prosecutor Sloan has these facts right in front of him, but has chosen to turn a blind eye to justice.

Early on we realized that Sloan was ignoring evidence and actually obstructing justice by using delay tactics. One such example is that Faire’s Attorney Stephen Pidgeon has requested joint interviews of important witnesses on numerous occasions, only to be repeatedly stonewalled by Sloan.

When corrupted prosecutors like Sloan obstruct and when they completely ignore conclusive evidence, especially when it comes from prosecution witnesses, it becomes obvious that there are more bones buried in their closet.

Since publishing on this case we have received 29 complaints regarding Sloan from Okanogan County residents – 42 complaints have been received on other members of the Okanogan justice system. We have started looking into some of these complaints and we are going to begin publishing on them unless Prosecutor Sloan gets a “Brain” and stops targeting people without conclusive proof of them having committed a crime.

If we are forced to continue dealing with Prosecutor Sloan we will prove to the citizenry of Okanogan County exactly how corrupt he is and how he is factually and irresponsibly wasting valuable taxpayer dollars.

One such case we have been alerted to is that of Russ Arndt and his son. Mr. Arndt is a Chiropractor from Okanogan County who was falsely charged with 11 felony crimes related to “Intimidating a Public Official” and certain misdemeanors by Sloan on August 25, 2015. According to Arndt, his son was charged with the same.

On August 19th of 2015, as the Okanogan Complex Fire was rapidly approaching Arndt’s property, he was forced to act quickly. He contacted fire command, asking for water trucks – he was told they weren’t available so Arndt, his son and friends went to work. By August 20th they had extinguished the fire where it was threatening his property and some neighbor’s properties who had already evacuated.

Shortly after that, firefighters entered Arndt’s property to supposedly “look for hotspots.” Arndt, who was understandably disgusted that they hadn’t been there to help save his home and property, informed them they were trespassing and ordered them to leave – that he had taken care of all “hot spots.”

Arndt’s son eventually accepted a coerced plea bargain. He was required to complete 80 hours of community service, and if he was law abiding for one year his charges would be dismissed. He completed his year and we are informed his charges were dismissed.

Russ Arndt stood his ground and went to trial in October of 2016. He was acquitted of all felonies, however, the jury found him guilty of misdemeanor disorderly conduct. He attributes the one guilty finding to Sloan lying and exaggerating in court, coupled with the fact that a couple jurors were offended with him using foul language when he confronted the firefighters in 2015. Arndt was sentenced to one year of probation, required to pay court fees and complete an “Anger Management” course – he completed everything.

Arndt says that this ordeal has cost him over $30,000 in Attorney fees and costs. He is left with a complete lack of confidence in the justice system and a strong desire to hold Prosecutor Karl Sloan accountable for his corrupted actions – a position that most people who have complained to us about Sloan have taken.
Arndt is currently researching his legal options.

In another fabricated case involving Prosecutor Karl Sloan, Keith Holbrook, a 67-year-old Vietnam War Veteran has been wrongfully charged with arson. During the Carlton Complex Fire, Keith’s dream retirement home burnt to the ground. His valuable gun collection, other assets and a newly remodeled home with a combined estimated value of over $750k was gone in a matter of minutes. According to receipts and other records, Keith had already been evacuated when the home burnt, yet Sloan has used a “fabricated” police report to continue his pursuit of a Veteran who has shrapnel lodged in his brain from Vietnam.

Mr. Holbrook has also been diagnosed with dementia by multiple doctors. They have stated he is incapable of forming intent to commit the crimes he has been accused of. Furthermore, his home was under insured for $146k, which clearly shows there would be no motive for Keith to burn his own home. Disregarding these facts, Sloan has continued to vindictively harm Keith Holbrook by not dismissing this false and fabricated case, threatening what is left of this war hero’s freedom.

We will be publishing on the Arndt, Holbrook, and other cases in a more detailed manner in upcoming editions of the US~Observer – be sure to subscribe and have the newspaper delivered to your mailbox.

Editor’s Note: Prosecutor Karl Sloan has obviously been enjoying his powerful position which has enabled him to abuse innocent defendants whenever his demented impulses drive him to do so. He will soon be surprised to find that all those “bones buried in his closet” are coming back to bite him – big time!

If Karl Sloan were a better chess player he would stop his abuse and save himself and those who have assisted him a whole lot of embarrassment, coupled with endless, horrible exposure.

Anyone with information about corruption within the justice system in Okanogan County is urged to contact Edward Snook at 541-474-7885 or send an email to editor@usobserver.com.

This article is part of the on-going James Faire false prosecution – click here to read from the very beginning. 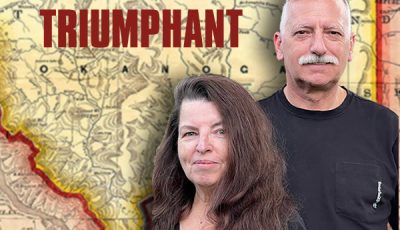