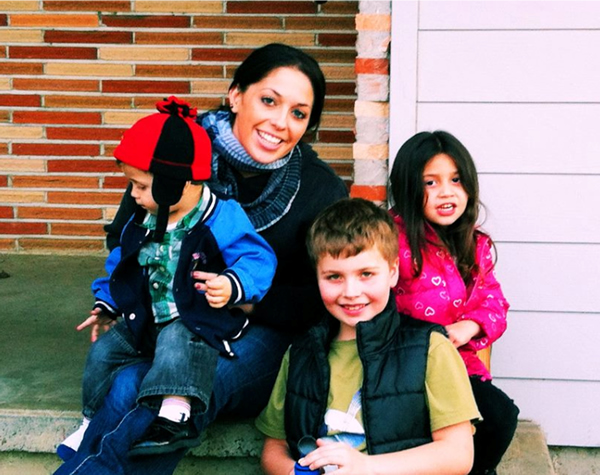 Amber and her Children

Please read this alert very carefully. I prompt you to act together with me.

I have worked at reforming the legal system for over 30 years, 21 while publishing the US~Observer newspaper. I have dedicated literally thousands of hours and countless dollars attempting to expose and do away with the corruption in our “justice system” that has destroyed thousands of innocent victims, not as a result of crime, but of criminal actions perpetrated by judges, attorneys, administrative officials, politicians, public officials and dirty cops.

Back in the 1990’s I hammered injustice within the Oregon Department of Human Services (Children’s Services Division – CSD) with harsh verbiage and the degenerates within this justice system listened. As a result we vindicated countless people and many children were returned to loving families. CSD found it necessary to change their name and the top Administrator at CSD was removed as Administrator. We lightened up and started relying more on reason and fact and it worked for a time. The exact same thing occurred with the rest of our legal system. Abusive government in Oregon has now reverted back to their arrogance and to their unaccountable police state tactics.

I Need Your Assistance If You Believe In Justice!

Recently, the so-called justice system has stopped listening to reason and fact. I am dealing with a heart-breaking case in Oregon where a totally innocent and loving mother is being wrongfully destroyed. I am not asking for financial support, from anyone; I am asking for action on your part. All of you know very well of my accomplishments serving true justice – You have factually witnessed it month after month, year after year, victim after victim…

I ask that each and every one of you reading this Alert – take action with me. Together, it is imperative that we stop the following UNGODLY ABUSE. Call the Officials responsible and demand that they stop their corruption and leave this mother alone – YOU DON”T NEED TO BE NICE – THEY DON’T DESERVE NICE!

This case involves a beautiful mother by the name of Amber Parker. I have known Amber personally for the past couple years and I consider her a friend – I respect her – she is a very decent lady and she has remained strong when most humans would have been destroyed if they had suffered the government agency abuse that she has endured.

Amber has been severely damaged, first of all by an ex-husband who “tried to run over her with a car.” He recently admitted in court that he “sold two pounds of cocaine per-month from his home in the past.” He “dislocated Amber’s jaw, and picked her up by her throat.” Amber has divorced this criminal.

The Oregon State Department of Human Services entered the case and they have abused Amber far more than her ex-husband ever thought of. They have forced her to take unwarranted drug tests and they have sided with the ex-husband who is still on Parole for abusing her.

In a recent Child Custody Trial DHS case-worker Ursala Beattie told Oregon Circuit Court Judge Daniel R. Murphy that if he awarded Amber custody of her children that DHS would remain involved (meaning they would continue to abuse her by keeping her children from her), but that if he awarded custody to Amber’s “extremely abusive” ex-husband that they would go along with his decision.

During trial, Amber’s Attorney Paul M. Nelson of Lake Oswego, Oregon, literally destroyed both DHS and Amber’s ex-husband in open court. Without question, he won Amber’s case for her in a big way, however, Judge Murphy sided with DHS, the agency that is straight from the pit of hell and awarded the children to the paroled from prison abuser. Read the history of Amber’s case here: Article 1 – Article 2.

It is my firm opinion that Judge Murphy and Ursala Beattie are worse than common criminals. They are abusive, unGodly people who have no business making any decisions about the lives of anyone. In a perfect world both Beattie and Murphy would be locked away in a prison cell for what they have done to Amber Parker. The same goes for each and every DHS Administrator who has had any part in this corruption… There are two other people who have allowed this travesty of justice to continue and these two individuals are Oregon’s Governor John Kitzhaber and the Director of DHS Erinn Kelly-Seil. Kitzhaber was also Oregon’s Governor back in the 1990’s when the Oregon Observer was forced to protest at the state capitol because of DHS’ abuse, when the Observer was forced to literally knock the hell out of DHS – What a short memory this Governor has…

Ask these unaccountable individuals, HOW IN THE HELL CAN THEY SLEEP AT NIGHT?!? 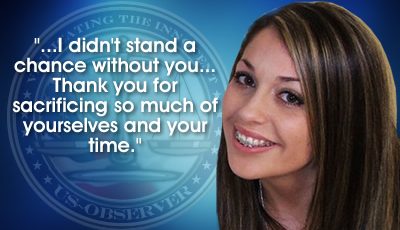