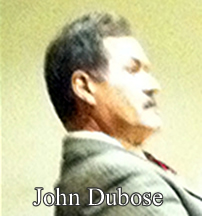 Racketeering Influenced Criminal Organization (RICO) charges are common within the First Judicial District of Florida – leveled at the hands of Chief Prosecutor Bill Eddins, Special Prosecutor Russ Edgar and John Dubose.
Defendants, Rusty Liscoe, Pamela Fanning, Jimmy Rodgers, Pepper Rodgers and Sheila Rodgers are fighting back against the system by proving their innocence. They have produced irrefutable proof in the form of contracts, affidavits and the fact that each and every business action they were involved in was legally scrutinized and validated by Jimmy Rodgers attorney, Arch Boyd. 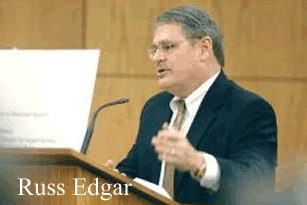 In order to comprehend how our judicial system has over-stepped its bounds, you must first understand that serving justice is reportedly no longer our justice system’s primary goal. Convictions are what feed our courts today and this is often referred to as “Cash for convictions.” A new trend of government employees who specialize in federal grant writing is on the rise – which if each grant is approved, it must be used for specific prosecutions – hence “RICO Charges.”

The defendants opened their business TCC in 2009. This business was to give Real Estate agents a service for free and in return the realtors would hand out lists of essential information for new home buyers such as contractors, security systems, pest inspectors, insurance providers, etc. The people who were added to the list by the defendants were referred to as “vendors” – or partners at a cost of $1,999.00 per year.
After a short period of time, some vendors became anxious to see the new “Vendor List” that was to be shared by realtors to home buyers. One Vendor stated that the “Vendor list was to be part of Real Estate Agency ‘Keller Williams’ of Pensacola, Florida.” Although Keller Williams had agents using the defendant’s vendor list, and Pamela Fanning, who was both an active realtor with Keller Williams and part owner of TCC, which brought on vendors, Pam never made a claim that TCC was specifically “backed” by Keller Williams. The allegations have never been confirmed that the defendants were bringing in vendors under the guise of “Keller Williams.” In fact, defendants clearly stated to potential vendors/partners that they were in direct contact with Keller Williams Corporate in an effort to be added to Keller William’s nationwide vendor list, but had no plans to work exclusively with Keller Williams. They had planned on utilizing many real estate companies across the country.
Upon further review, the contract that was signed by alleged victims in this case states nothing about Keller Williams, which further proves that the vendors of TCC were only under contract with TCC… period.
After attempting to resolve miscommunication with owners of TCC, some vendors became upset and demanded a refund. Some vendors even contacted local authorities. At this juncture the Defendants (owners of TCC) started refunding money to their vendors (alleged victims) in an effort to keep a good standing amongst the local business community – even though Attorney Arch Boyd told defendants that they “didn’t legally have to issue a refund, because they had signed legal contracts.”
Defendant Jimmy Rodgers stated in a signed affidavit, “David Ingram, an Escambia County Sheriff’s deputy, lied to my partners and convinced Jeannie Weyburn (part owner of TCC) and the Killingsworths that I was a fraud and planned only to swindle money. Mr. Ingram went as far as to tell my partners that I was a ‘repeat felon’ and had been arrested in Memphis, TN for this exact same crime. (These false allegations by Mr. Ingram are on record through video and audio recordings taped during interviews with my partners).
“I am stating now that the only illegal acts that have been perpetrated have been by the aforementioned parties above. I NEVER committed any crimes in this matter. Before I entered into any legal situation, I always consulted with my attorney, Arch Boyd. Arch Boyd knew every detail of my business plan, and he instructed me concerning all legal matters. Under Arch Boyd’s guidance, I was assured that my companies were in full compliance with all laws and regulations. I assured my partners of this, as well. Each of us worked diligently to make our company a strong viable business entity.
“I stand by my business plan and I know that each partner, as well as the business, would be thriving today if our efforts had not been thwarted.”

WHAT THE PROSECUTOR’S DON’T WANT YOU TO KNOW…

• Signed business contracts prove that defendants aren’t criminals and did not misrepresent their businesses.
• Refunds were made to every vendor, minus one – due to defendants’ arrests before the funds could be returned.
• According to Jimmy Rodgers, communications between his two business partners Cliff and Clint Killingsworth and Detective David Ingram clearly shows that the Killingsworth’s conspired with Ingram to have him and other partners arrested and that they have since stolen one of the Defendant’s businesses. The communication referred to is in the form of taped interviews, which we have obtained and viewed…
• The new phone book “Yellow Pages” in Pensacola, has one of the Defendants business plans inside the front cover and on the back cover, which poses a questionable and alleged Killingsworth role, whether direct or indirect of stealing this new business – following the arrest of Defendants.
• Clint and Cliff Killingsworth have been charged in the past for 1st Degree Felony Racketeering. This information was obtained from the Escambia County Clerk’s Office. Prosecutor Dubose has intended to use the Killingsworths as his witnesses… against the innocent Defendants in this case.
• Defendants sought legal advice from Attorney Arch Boyd of Tennessee to assist with structuring guidelines for their new business – to make sure everything was legal.
• Realtors in Louisiana, Texas, Alabama, Mississippi and Florida were happily using the Defendant’s services. This was verified through many emails, which were obtained during our investigation, along with reported statements from realtor and former Carolina Panthers NFL player, Lewis Williams.
• The alleged victims named by Prosecutor John Dubose who did not receive a refund were the Killingsworth’s and Legacy Lending. The Killingsworth’s were under contract to be part owners of a separate business venture with Jimmy and Pepper Rodgers. It was stated that the business would take one year to get up and running. This business was between Pest.com, which was owned at the time by the Killingsworth’s and Get Better Referrals, which was owned by the Rodgers’. No refund was necessary for brothers Cliff and Clint Killingsworth since they were now part owners of Get Better Referrals. The refund for Legacy Lending was being processed at the time of arrest, making it impossible to complete.
• Witness statements allege that the Killingsworth’s attempted to offer one partner of TCC who wasn’t arrested – a position in the business once they were able to secure it from the Defendants. These statements were reportedly made prior to the Defendants arrest.
• According to witnesses, the Killingsworth’s contacted Defendant Pepper Rodgers’ wife in an effort to get negative statements and information about Pepper from her while she and Pepper were having marriage problems. According to direct statements from Mrs. Lindsey Rodgers, the Killingsworth’s “contacted her over 40 times.” They certainly didn’t make the calls for any other reasons than to cause the Rodgers problems, which makes the allegations that they were out to steal the business very believable.
• The Killingsworth’s had paid $220,000.00 towards this new venture with the Rodgers, which is small in comparison to the total appraised value of the business once it was up and running, which was reportedly estimated to produce around 52 million dollars annually.
• Pepper Rodgers recently obtained a Nelson hearing, which is a hearing where you ask for new court appointed counsel for various reasons, specifically “ineffective representation.” Pepper stated on the record that his court appointed attorney, Scott Tatum had attempted to coerce him into lying to the court. Tatum had reportedly told Pepper during a conversation that it was “Time to start pointing the finger.”Pepper also disclosed the fact that his attorney had not taken part in a number of the depositions that had taken place in his case, making it impossible for him to present an adequate defense for Pepper.
• When Judge Nobles responded to these allegations, she did nothing but make excuses for Tatum and the court. The statement that really stuck, was the Judge’s analogy of a “Pack of Wolves” that had to stick together – alluding that since there were four other defendants involved – it was okay, since the other defendant’s attorneys were deposing witnesses. Court appointed Attorney Scott Tatum told Judge Nobles that he also recommended being taken off this case and Prosecutor John Dubose was in court making positive statements about Tatum in an effort to protect his fellow attorney. Without question, there was obviously a severed relationship between attorney/client and it clearly appeared to this writer that Prosecutor Dubose and Attorney Scott Tatum were working hand-in-hand with each other and against Pepper Rodgers. Judge Nobles was unable to see the “ineffective representation” in all of this and DENIED the request for new council.
• Killingsworth’s Attorney Robert Beasley reportedly stated under oath that he had never done “due diligence” on behalf of the Killingsworths, referring to their partnership with the defendants. He further stated they, “put in more money to be a bigger part of that advertising campaign and buy some folders or signs.” An email that was entered into evidence clearly shows prior communication between Attorney Beasley and his client Clint Killingsworth wherein Beasley stated, “I called the sign company and they appear to be real.” This clearly shows that Attorney Robert Beasley had performed some due diligence on the Defendants and that he had in fact, stated to Clint Killingsworth, “They appear to be real.”
The US~Observer has given the Prosecutors conducting this false prosecution every opportunity to examine the facts and drop their false charges. Prosecutors Bill Eddins, Russ Edgar and John Dubose have turned a deaf ear and have refused to serve justice. We consider each of these prosecutors to be corrupted and unethical. They have not provided justice and they are destroying innocent lives as they “play God.”

Who is Ultimately Responsible for this Malicious Prosecution?

Florida Attorney General Pam Bondi is the chief prosecutor in the State of Florida, making her responsible for the actions of Eddins, Edgar and Dubose. Bondi has declared on the Attorney General’s website that she, “considers open government and transparency the linchpin of government accountability.” We will soon find out if her statement is valid or if it is simply deception…
Her boss, Florida Governor Rick Scott is responsible for the actions or inactions of AG Pam Bondi. The US~Observer fully intends to hold both of these elected public officials accountable publicly for this false prosecution should they fail to investigate this case and then act on the facts we have presented. If either of these Public Officials think that they are “untouchable,” they will be making a big mistake – a mistake that will create a firestorm of controversy concerning their political careers, from a source that is very capable of “Demanding Accountability.”
Anyone with information regarding corruption or wrong-doing on the part of anyone in this article is urged to contact Joseph Snook at 541-226-8235 or email to joe@usobserver.com.